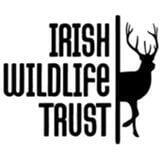 Two reports in the past two months focussed the world’s attention – if only briefly – on the dire state of our planet.

The first, from the UN’s Intergovernmental Panel on Climate Change (IPCC) laid out in stark terms how there is only about 12 years remaining where meaningful action can be taken to curb the worst effects of climate collapse.

The other, from the Worldwide Fund for Nature and the Zoological Society of London (WWF/ZSL), revealed how the population of the world’s vertebrates (animals with backbones such as mammals, birds and fish) have plummeted by 60% since the 1970s. Although the climate crisis remains largely ignored by Ireland’s business and political classes, it is positively lavished with attention when compared to our extinction crisis – something which rarely, and only sporadically hits the headlines.

This is important for two reasons.

Firstly, extinction is not something which has only affected far-away places but rather has impacted Ireland even more dramatically than most countries. Not only have we lost our bogs and forests, but our rivers are dammed, drained and polluted, our seas are trawled lifeless, and our farmland is increasingly sterilised. It’s revealing how, unlike the climate debate, there are no ‘extinction denialists’ or lobbyists trying to tell us this isn’t happening – it’s simply accepted with a shrug.

Secondly, nature is an indispensable ally in meeting our climate goals. So, rather than viewing two separate ecological challenges, it is essential that they are seen as intimately interlinked and this is something that can work to our benefit. I would go so far as to say that restoring nature is the cheapest, easiest and most effective tool at our disposal for not only reducing emissions of greenhouse gases but helping to adapt to extreme weather events, building resilience in food production, and providing a lifeline to rural communities.