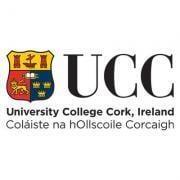 A previously undiscovered 15th-century Irish vellum manuscript, reveals an enchanting connection between Gaelic Ireland and the Islamic world, and illustrates how medieval Ireland was once at the centre of medical scholarship in the world.

University College Cork (UCC) Professor of Modern Irish, Pádraig Ó Macháin, was made aware of a family in Cornwall in possession of an early printed book, with an exciting connection to medieval Irish learning.

The book, a pocket-sized Latin manual of local administration, was printed in London in 1534/1536 and had been in the family’s possession since that time. What was of interest to Prof. Ó Macháin was the binding of the book. This consisted of a sheet, full of text in Irish, cut from a 15th-century Irish vellum manuscript, that had been trimmed and folded and stitched to the spine of the printed book to form a sturdy binding.