The Domestication of Animals

While dogs weren’t always our docile companions, research indicates that they were likely one of the first animals to be domesticated by humans. In fact, genetic evidence suggests that dogs split from their wild wolf ancestors around 33,000 years ago.

When did humans domesticate other animals, and why? This timeline highlights the domestication period of 15 different animals, based on archeological findings.

Because exact timing is tricky to pinpoint and research on the topic is ongoing, these estimates may vary by thousands of years.

The domestication of animals is a particular process that’s done through selective breeding. Generally speaking, domestic animals follow most of these criteria:

Domestication is not the same as taming an animal, which is when humans condition wild animals to live in captivity. 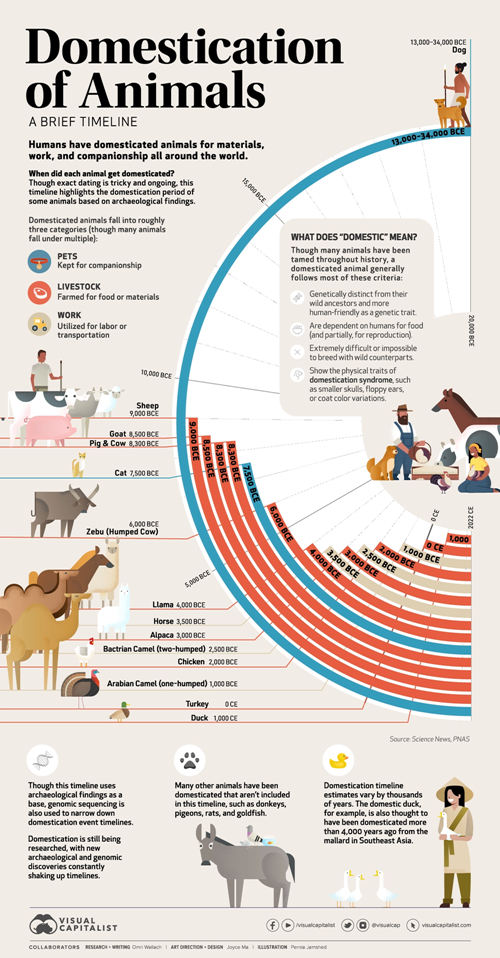 While some research suggests that domestic animals can prosper in the wild, domestic animals are typically more susceptible to predators since they lack some of the advantages, instincts, or traits that help their wild counterparts survive in nature.