New Discovery Pushes Back Date Of Human Existence In Ireland By 2,500 Years

New Discovery Pushes Back Date Of Human Existence In Ireland By 2,500 Years - A remarkable archaeological discovery

in a Co. Clare cave has pushed back the date of human existence in Ireland by 2,500 years.

This discovery re-writes Irish archaeology and adds an entirely new chapter to human colonisation of the island – moving Ireland’s story into a new era.

Radiocarbon dating of a butchered brown bear bone, which has been stored in a cardboard box at the National Museum of Ireland for almost 100 years, has established that humans were on the island of Ireland some 12,500 years ago – 2,500 earlier than previously believed.

Since the 1970s, the oldest evidence of human occupation on the island of Ireland has been at Mount Sandel in Co. Derry. This site has been dated at 8,000 BC, which is in the Mesolithic period, indicating that humans had occupied the island for some 10,000 years.

However, new analysis of the bear patella – or knee bone – originally found in Co. Clare in 1903 gives us undisputed evidence that people existed in Ireland during the preceding Palaeolithic period at 10,500 BC, some 12,500 years ago.

This is a major breakthrough for archaeologists who have spent decades searching for earlier signs of human occupation on the island.

The discovery was made by Dr Marion Dowd, an archaeologist at IT Sligo, and Dr Ruth Carden, a Research Associate with the National Museum of Ireland.

“Archaeologists have been searching for the Irish Palaeolithic since the 19th century, and now, finally, the first piece of the jigsaw has been revealed. This find adds a new chapter to the human history of Ireland,” said Dr Dowd. 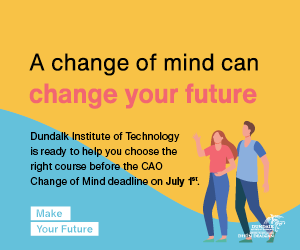