Carbon Dioxide Emissions Around the World

Carbon Dioxide Emissions Around the World

According to Our World in Data, the global population emits about 34 billion tonnes of carbon dioxide (CO₂) each year.

Where does all this CO₂ come from? This graphic by Adam Symington maps out carbon emissions around the world, using 2018 data from the European Commission that tracks tonnes of CO₂ per 0.1 degree grid (roughly 11 square kilometers).

This type of visualization allows us to clearly see not just population centers, but flight paths, shipping lanes, and high production areas. Let’s take a closer look at some of these concentrated (and brightly lit) regions on the map. 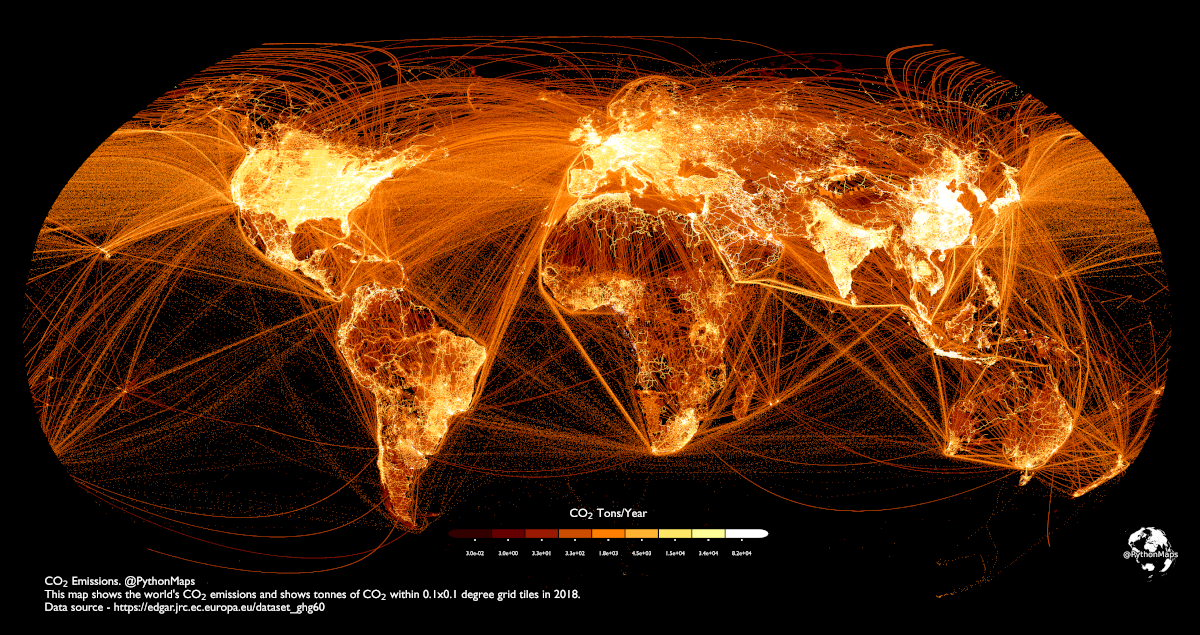