The role of Energy in the Economy

The energy sector contributed €5.4bn to the all-island economy in 2013, €2.8bn directly and an additional €2.6bn was generated elsewhere in the economy.

ROI energy activity in 2013 contributed approximately €505mn in tax revenue, including €255mn in income tax and social contributions, as well as €80mn in corporation tax. Excise duties and property rates further increased this. 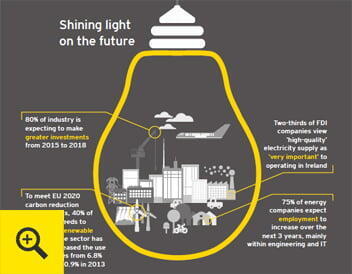