Specialising in business process, document and customer relationship management software, Documatics has won several significant deals in Australia, Ireland and the US.

The company was founded in 2004 when David Boland, who used to work in Motorola, and solicitor John Brooks joined forces to create a software solution specifically catering for the legal sector.

“Documatics is now being used by over 4,000 users in Australia, the US and Ireland, and in just 10 years we have gone from being an indigenous tech start-up to an internationally recognised brand,” said Boland.

“The Australian legal market offered immense opportunities for Documatics and we were confident that our solution could serve the significant market there.  The move has not only grown the company substantially, but also enabled the firm to continue to invest in the product, further developing and tailoring the solution.

Documatics now employs a team of 11 in Australia, comprising software developers as well as legal, sales and marketing team members.

“We have always focused on the user and the technology, while competitors have adopted aggressive sales strategies – Documatics wins business consistently through referrals,” said chairman of the company Brooks.

Documatics is supported by Enterprise Ireland. 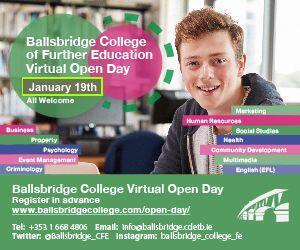