An Irish online tuition provider has scored a first by offering classes for students attending ‘European Schools’ and studying for the Baccalaureate.

The Tuition Centre is the first Irish online supplementary learning provider to ensure help is at hand for English and French speaking students attending European Schools.

European Schools is an inter-governmental organisation administering a group of multilingual international schools which exist primarily to offer education to the children of European Union staff.

It oversees the provision of the secondary school leaving diploma, the European Baccalaureate, which comprises the two last years of secondary education in the European Schools curriculum.

There are over 30 European Schools throughout Europe, including one in Dunshaughlin, County Meath.

The project is being led by Daire Shaw, a Limerick native who teaches Maths and PE at the European School at Strasbourg.

A multi-lingual team from across Europe has been assembled for the project.

Beginning this month, The Tuition Centre is offering exam focused online tuition in a range of subjects in both English and French, including Maths and the science subjects.

“Daire has a talent for identifying student misunderstandings in Maths and an ability to present material in a different and more accessible way.”

Further details of courses available and details on how to enrol can be found at: www.thetuitioncentre.eu.

The Tuition Centre has championed online learning for secondary school students in Ireland. Over 1,000 Leaving Certificate students availed of its online support for Leaving Cert 2022.

Since its inception in 2020, The Tuition Centre has emerged as a leader in the Irish education sector, thanks to its innovative, time saving and cost-effective supplementary exam support for secondary school students.

Online classes are delivered live, with recordings of all classes accessible right up to the State exams in June. Students have access to supplementary exercises and study notes.

The company prides itself on providing nationwide accessibility to high quality classes and resources at an affordable price. 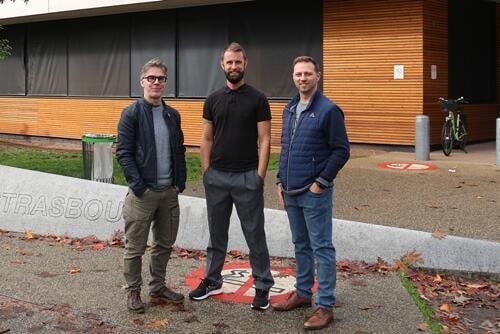